Here is where you will find all of the articles I have written on the topic of the MLB: 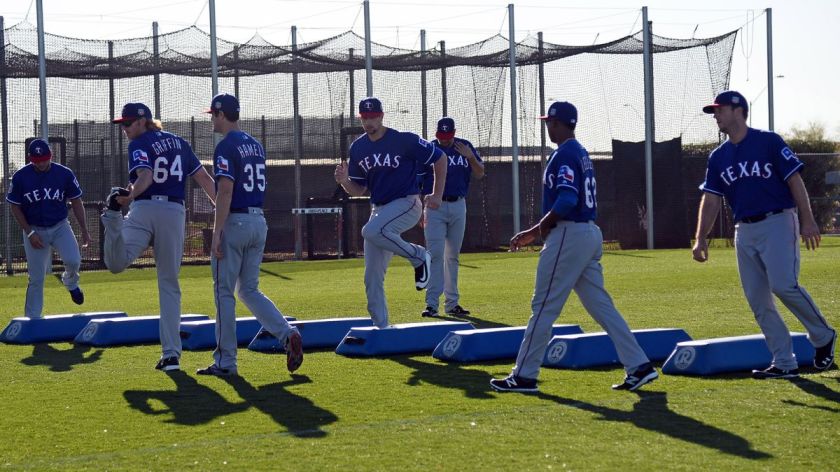 The spring days at Surprise Stadium have been cloudy for the past two to three weeks of spring training, and for the Texas Rangers themselves. While we all filed in day after day and continue to watch the Texas Rangers play, no matter how the day looked up in the sky, spring training is always a good time for young and old alike. Excitement has been high, regardless of Josh Hamilton’s injury streak that has made him famous. March 19th on Saturday featured the rangers beating the Royals with 13 over 6, ending it with a dashing lead. The Rangers sadly couldn’t come back when homestate Arizona D-Backs beat the rangers with only one run in the 8th inning, beating them over with 11 on the scoreboard. While this weekend has been a doozy, hopes are optimistic for the weekday games as their small victories have meant a lot. Over the past few weeks, the Texas Rangers have had close victories in their spring training games, but have been coming up short on team cohesion.

This weekend has been introduced with sadly no surprises on Saturday afternoon, for on 3/26/2016, the Colorado Rockies took the Texas Rangers by a two point lead in an 8-6 battle. The current status of the Texas Rangers definitely look shaky for future prospects, for even though Friday let to a victory on 3/25/16, they beat the San Diego Padres with only one run to spare. While Lady Luck is on the fan’s side for some of these spring training games, these close victories need to be closed up somehow.

Originally published on 3/26/16 for the Texas Sports Review 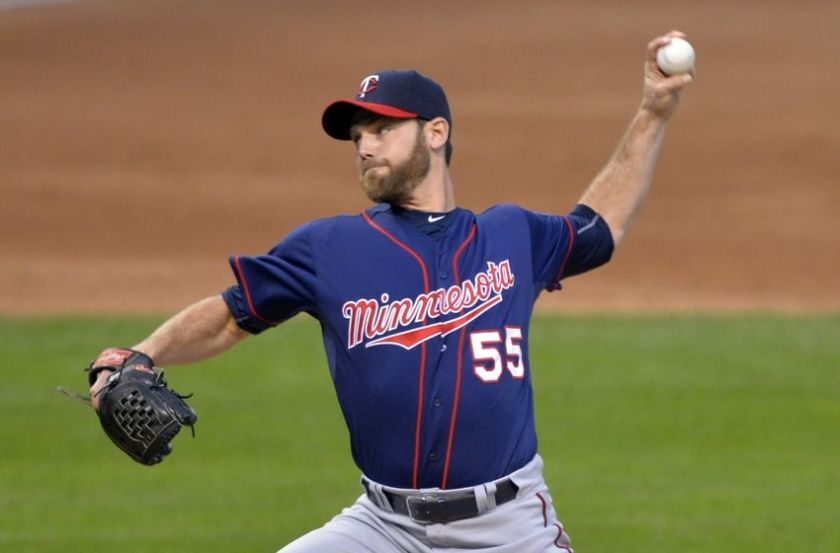 Kissimmee, Florida has been ripe with prospect as new left-handed reliever Neal Cotts is becoming quickly accustomed to his new deal. SB Nation’s MLB Daily Dish says “Houston has been looking to add a lefty reliever on a minor-league deal all winter, and had most recently been linked to Randy Choate. Cotts will join Tony Sipp as the only two lefties currently in the Astros’ bullpen mix, giving him a legitimate shot at cracking the team’s Opening Day roster.” The Veteran-turned-Baseball player also was reported by the Houston Chronicle to have “reported to camp Saturday morning, but he wasn’t able to work out and throw his bullpen until after he went through his physical.” Being an enthusiastic addition to to the Houston Astros minor league lineup, Cotts should be a fitting addition to the hype the early part of the 2016 season is yielding.

Originally published on 2/29/16 for the Texas Sports Review

Tensions are hot as Washington Nationals player Ian Desmond is practicing the acts of free agency as he has accepted a somewhat controversial deal with the Texas Rangers. ESPN noted, “The Nationals extended a $15.8 million qualifying offer to Desmond, but he elected to test free agency. The Rangers must surrender a first-round draft pick to the Nationals for signing Desmond. Coming in with an 8 million dollar deal, Steven Ruiz on the side of USA Today’s “FTW! MLB” says that “Ian Desmond agreed to a one-year, $8 million deal with the Rangers on Sunday and it might be the most disappointing day of his professional career.” While the ESPN article refers that a decision had indeed been agreed upon with Desmond’s decision to go with the Texas Rangers deal, only other news outlets are expressing both personal and fan outrage over the amount Ian Desmond is taking stepping into the Texas Rangers.

Fan reactions like this are mirroring respective news sites:

Fond memories of April 2015 when people called us stupid for saying Ian Desmond wouldn’t get $200 million.

Ian Desmond turning down $100M+ will go down as one of the worst decisions a player has ever made. Incomprehensibly stupid.

While the Texas Rangers have indeed reached a deal with average sacrifices for the circumstances, let us hope that this relatively small investment will pay off for the Texas Rangers and the future of Ian Desmond’s career.

Originally published on 2/28/16 for the Texas Sports Review 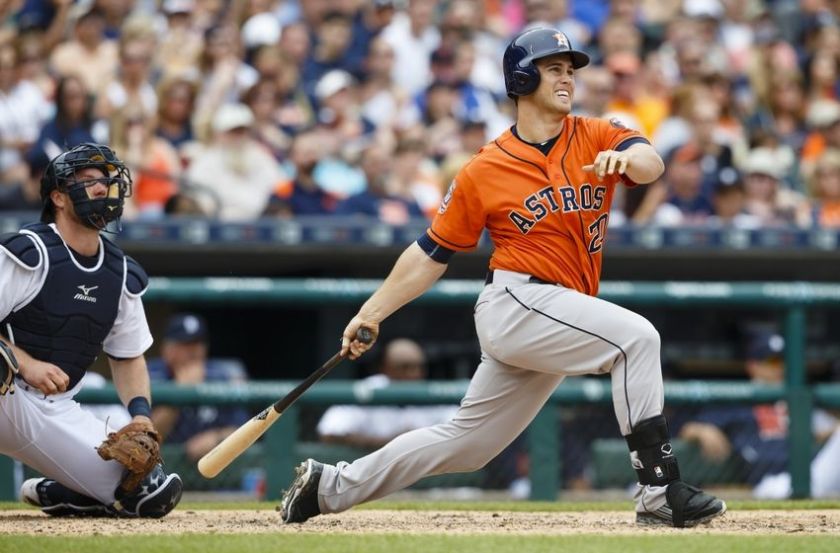 Preston Tucker has become renowned as the “other” rookie of the unarguably successful run he has had with the Houston Astros. While he has been keeping his own playing outfielder for the Astros, Joseph Nocco from “Today’s Knuckleball” calls Tucker “a left-handed power hitter, Tucker last played first base only as an amateur despite being seen on the field breaking in an arsenal of first baseman mitts.  Potentially adding to his worth with the Astros as he will not see a ton of time as an outfielder, the 25-year-old could swindle his way into a platoon role with Singleton come Opening Day.” In this 2016 climate for the Astros, this assumption could not be far off, for Preston Tucker recently tweeted a Houston Chronicle beat reporter displaying a picture which identified him from the 2010 SEC Baseball Awards, when Tucker played for the University of Florida Gators from 2009 to 2012. Preston Tucker, according to the series of tweets, seems to be sure to prove himself that he can play whatever position he sets his mind to, and wants that support as well. Making his debut last year, “Tucker batted .243 with 13 home runs and 33 RBI across 98 regular season games and a total of 300 at bats.  Also tallying a .437 slugging percentage and .734 OPS, he certainly has the ability to string together an impressive campaign from behind the plate if given the opportunities (Today’s Knuckle Ball).” In the same article, John Singleton is mentioned to start on first base, but Preston Tucker has been confirmed to be getting some time as first base this spring training, coming from the position of reserve outfielder.

Originally published on 2/22/16 for the Texas Sports Review 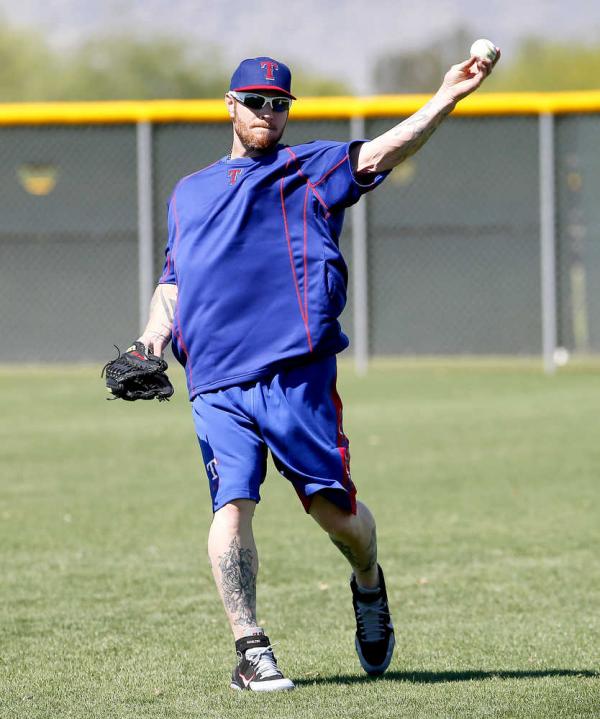 Josh Hamilton, outfielder for the Texas Rangers, will be receiving more medical advice on his knee injury, which has been reported by “Sports Day” from Dallas News with “Hamilton was to see Dr. Jeff Dugas in Alabama on Monday to determine if there were any other treatment options for the inflamed capsule behind his left knee. This could lead to the possibility of a surgical recommendation. Hamilton received a cortisone injection in the knee in January and felt significant relief for three weeks.” With the pain returning recently, the Texas Rangers are still hopeful for the good health of Hamilton. After the second surgery, the team was very optimistic about his outcome. While his outcome is projected as positive, the MLB Official Website projected that “the Rangers have multiple options behind Hamilton in left field. Ryan Rua and Justin Ruggiano bat from the right side, while James Jones and Joey Gallo hit from the left side. Rookies Nomar Mazara and Lewis Brinson could be in the mix as well.” This will cement the team’s future in possible case of the scenario that everybody on the Rangers would like to avoid, while anticipating his return simultaneously. Also commenting, ‘Dr. Keith Meister told Hamilton that he is dealing with inflammation in a capsule behind the left knee. ‘The knee was addressed surgically in the offseason,’ general manager Jon Daniels said. “He has had some ups and downs, but he still has some discomfort. The purpose of the second opinion is to find out if there is something else we can do. You’d like to have a better handle on what we can expect from him this year.” While optimism has been expressed in the past, this second opinion should put any ambiguity to Josh Hamilton’s position in the rest of the season.

Originally posted on 2/22/16 for the Texas Sports Review

Texas Rangers are “pissed off” in recent Super Bowl ad

On February 7th, 2016, the official Texas Rangers twitter handle encouraged everyone towatch their very ambitious super bowl ad that targets the simplicity of sports marketing and pure adrenaline Texas Rangers fans expect for this season. Amidst the pre-season jitters, trades, and rumors that are going on before the team hits the plate in the Arizona Cactus League during spring training, the commercial proudly declares “we ain’t done yet!” In almost a confusing statement asking not only the team, but the watching fans to “get pissed off” and let everyone know that they are indeed pissed off, the recent developments of the Rangers themselves are giving fans enough reason to scream and cheer. This commercial not only marks the beginning of a long, hard-working season for the Texas Rangers, but also marks a change in morale and spirit that will launch the team forward in success.

Originally published on 02/08/16 for the Texas Sports Review

The Future of A.J. Griffin: Pitcher signed to Minor League Deal with the Texas Rangers

On December 21, 2015, right-handed pitcher Arthur Joseph Griffin of the Oakland Athletics – better known as A.J. Griffin, was recently signed up for a minor league deal under the Texas Rangers. Recovering from his well-known ‘Tommy John’ Surgery in April of 2014, resulted in him not being involved in the Major League since the year of 2013. While it could be seen as benevolent for the Texas Rangers to include him – even in minor league standards – A.J. Griffin has been reportedly taking part in throwing programs to ready him for his first season in quite a long time for baseball standards. This raises the question, does A.J. Griffin have a chance of being in the majors once again, or did his pitching injury set him back too far? While A.J. Griffin and Jarrod Parker made a mark in the starting rotation in some of their first proving grounds in the major leagues playing with the Oakland A’s, A.J. Griffin’s absence proved to show the hurt in the Athletics’ performance after Griffin failed to return due to repeat shoulder injuries.

Even after attempts to regain what he had with some of his less-than-stellar rehabilitation comebacks this year, the Texas Rangers as a company will indeed be taking a chance with A.J. Griffin with this minor league contract. In the past two years of 2014 and 2015, while A.J. Griffin has two ERAs (3.06 in 2012, 3.83 in 2013) to support his ability as a pitcher, and up the performance of the Oakland A’s in 2012 and 2013, his future in MLB is rather murky. A.J. Griffin was once touted as one of the wildcards that the Oakland Athletics were willing to take the risk, but after being benched due to more recent injuries in the last few years, this minor league contract with the Texas Rangers will require A.J. Griffin to prove himself once again to see if his career may continue in major league baseball, or wither away in obscurity. If A.J. Griffin can prove to his new signers that he can regain the ‘moxy’ he once had, there should be no reason why he can’t make a comeback and graduate back to the MLB. While Tommy John has become a familiar name for Griffin, his medical history and likelihood of suffering from another bout of flexor tendinitis could give his new employers relative unease. This upcoming season in the minor leagues could possibly be the one last pitch A.J. Griffin has for the major leagues. His success to build upon the statistics he once proved will be the deciding factor of whether A.J. Griffin is ready to relight his career in major league baseball.

Originally published on 12/26/15 for the Texas Sports Review